Our names are William and Lily Silverthorn. We’ve been married 26 years (as of November 2021). We moved to San Diego in 2005 with the birth of our oldest grandson, Nico Waning. We have been members of the Branch Church since living here. We have 12 grandkids ages 1 to 25, and 6 children. Our offspring are in LA, Orange and San Diego counties with one son in Arizona.

We’ve both been very active with our faith before we found each other. For the last two decades together we have been very active both in LA as well as San Diego leading bible studies, hosting home fellowships, promise keeper ambassador work, intercessory prayer and more.

Lily retired from working with the State of California primarily working in architecture and contractor licensing, but also received a Juris Doctorate in Law in her spare time. William retired from 35 years in the computer industry, with much experience in technology systems, sales, management and marketing, with the bulk of those years being with IBM. With retirement, we turned to the missionary field.

For more information regarding the Mission and their efforts there, see below. For more detail, go to LAMAministry.org 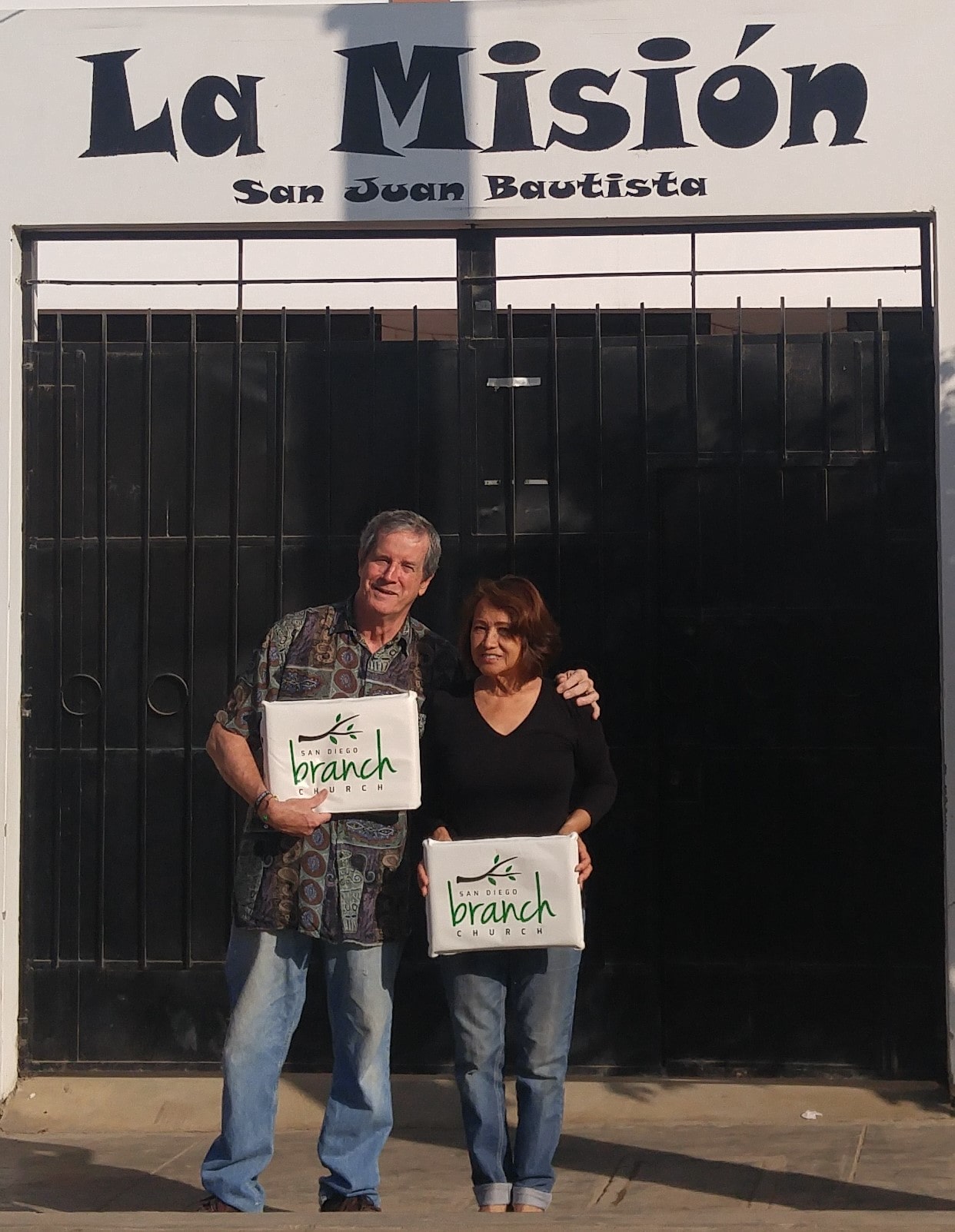 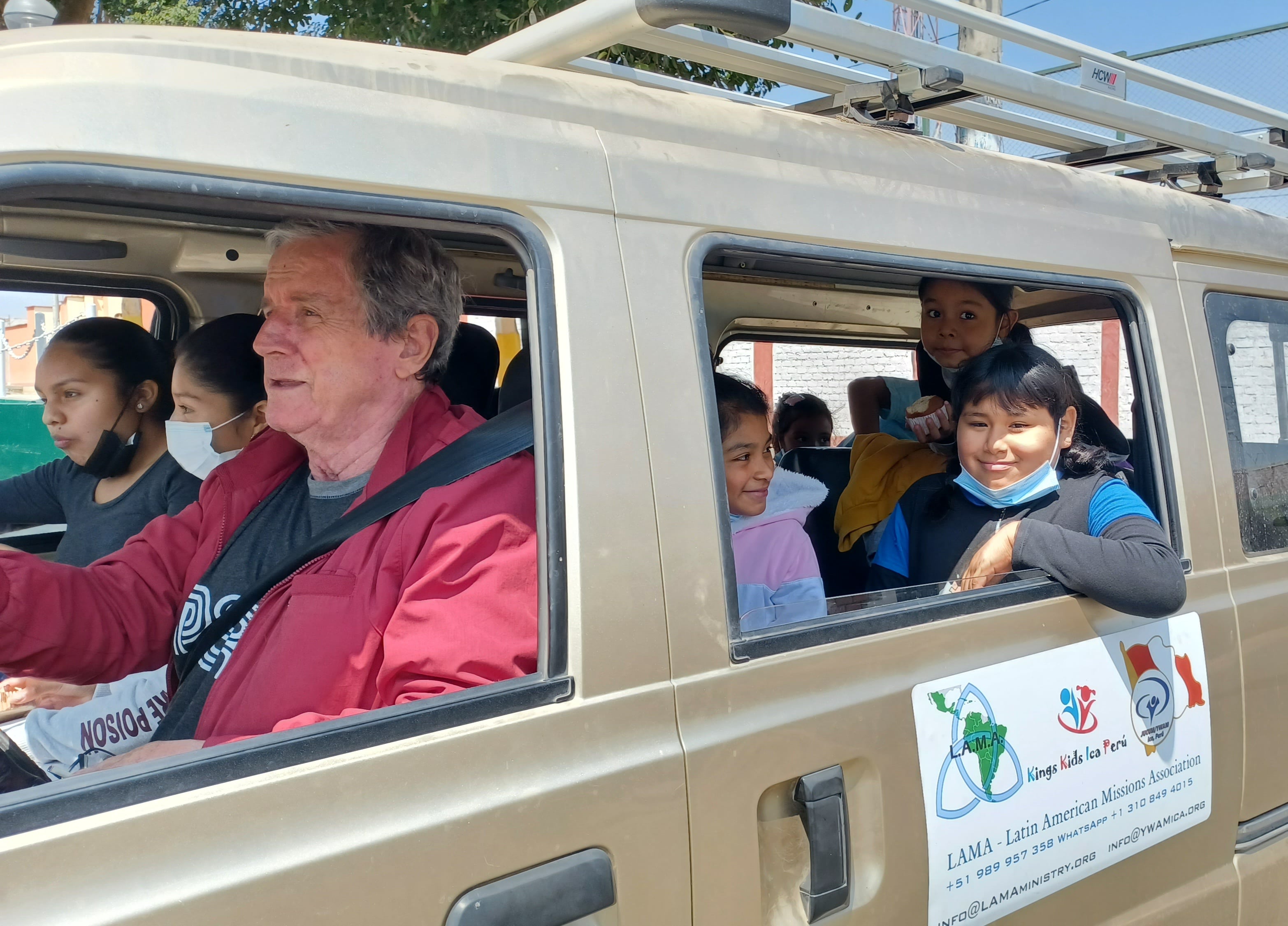 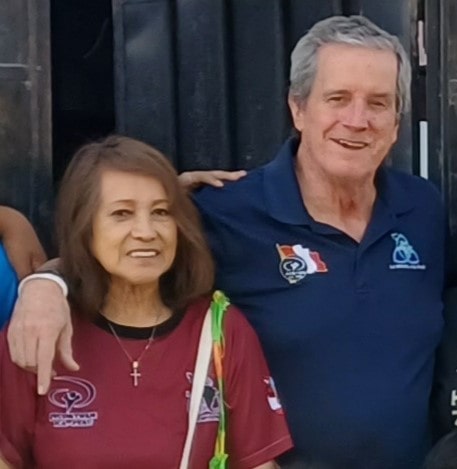 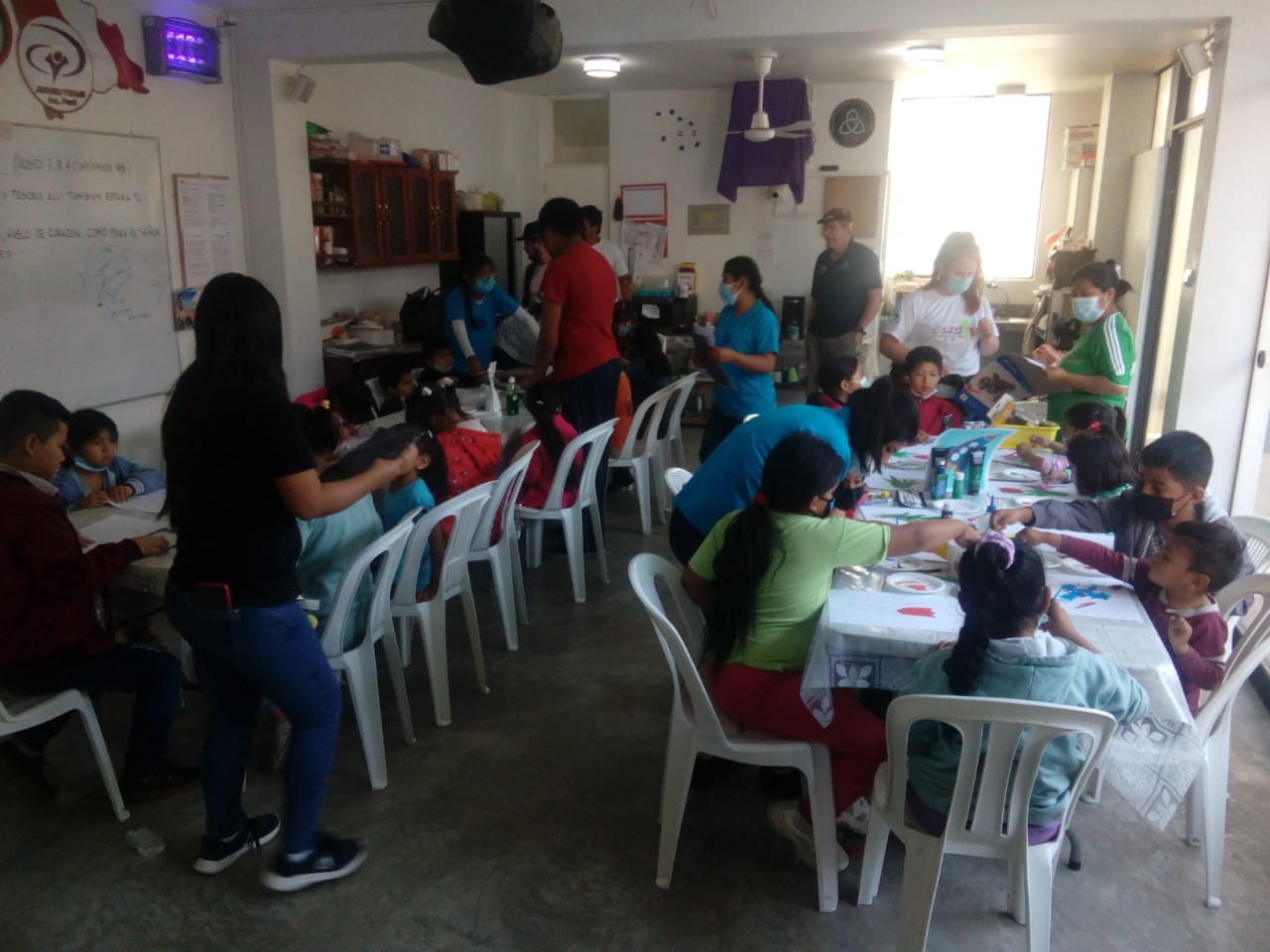 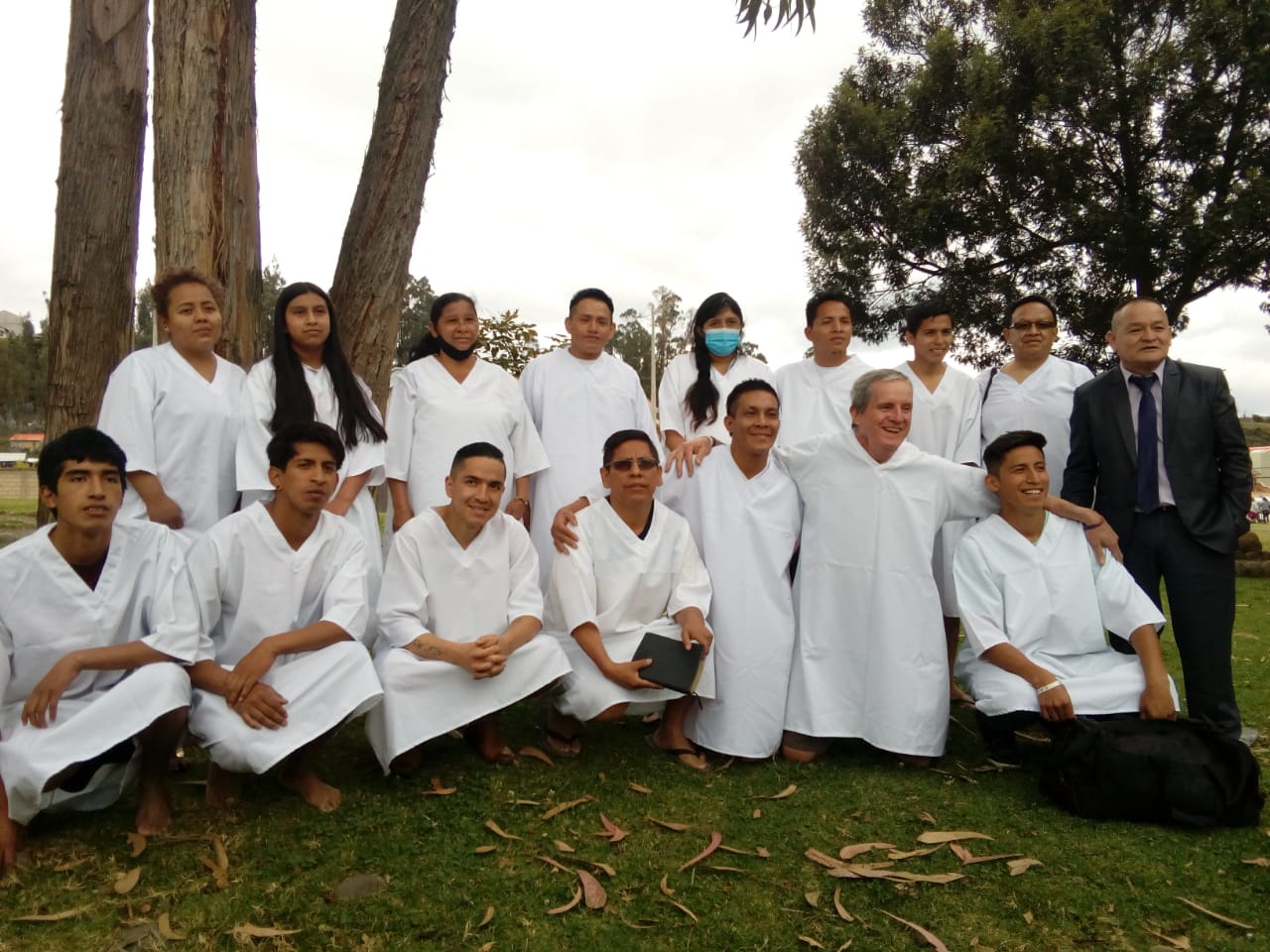 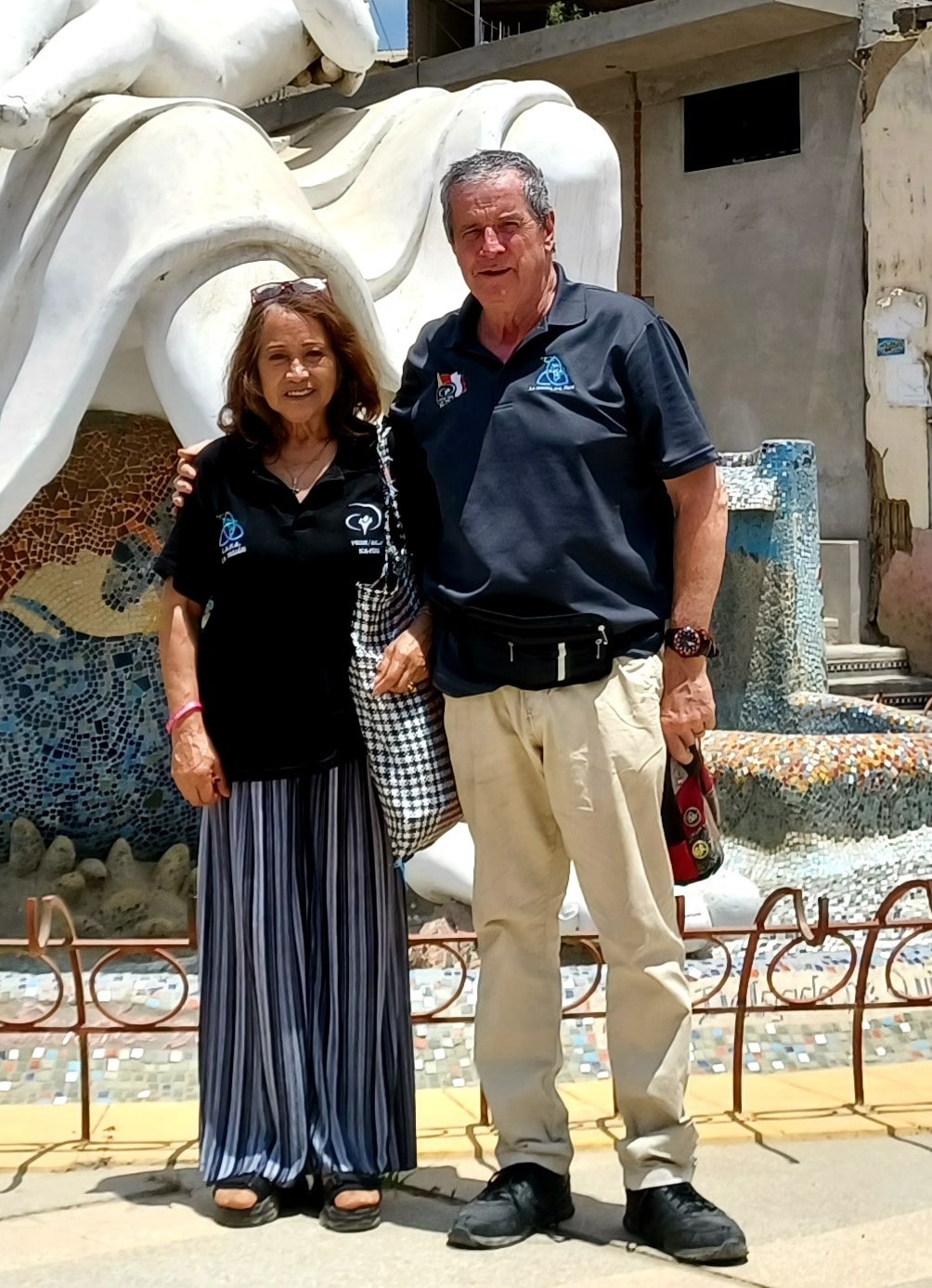 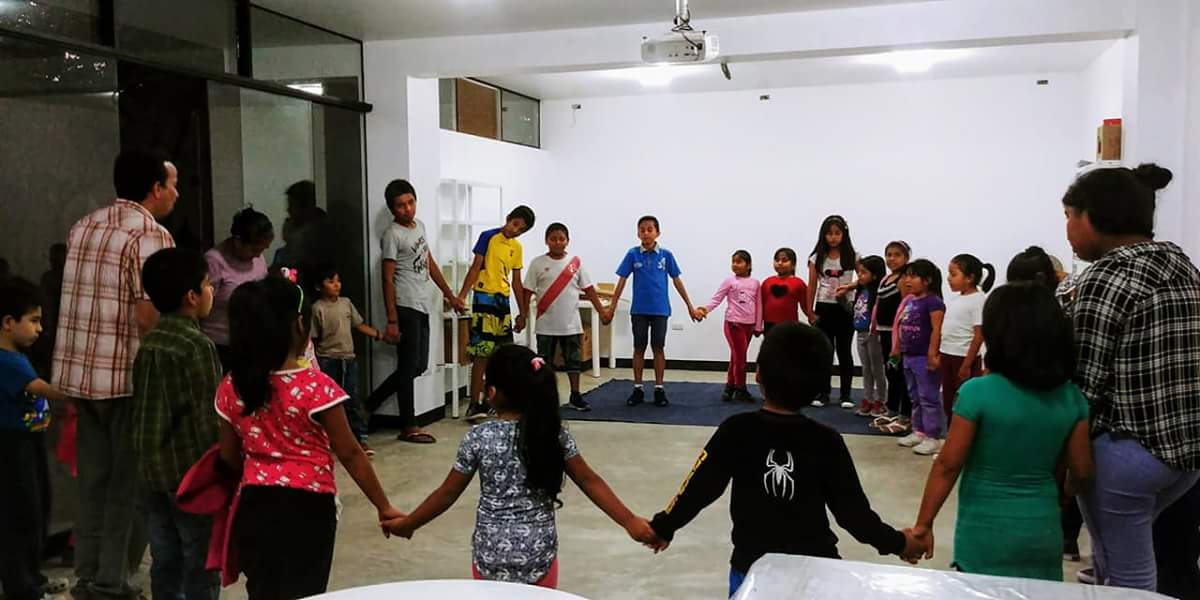 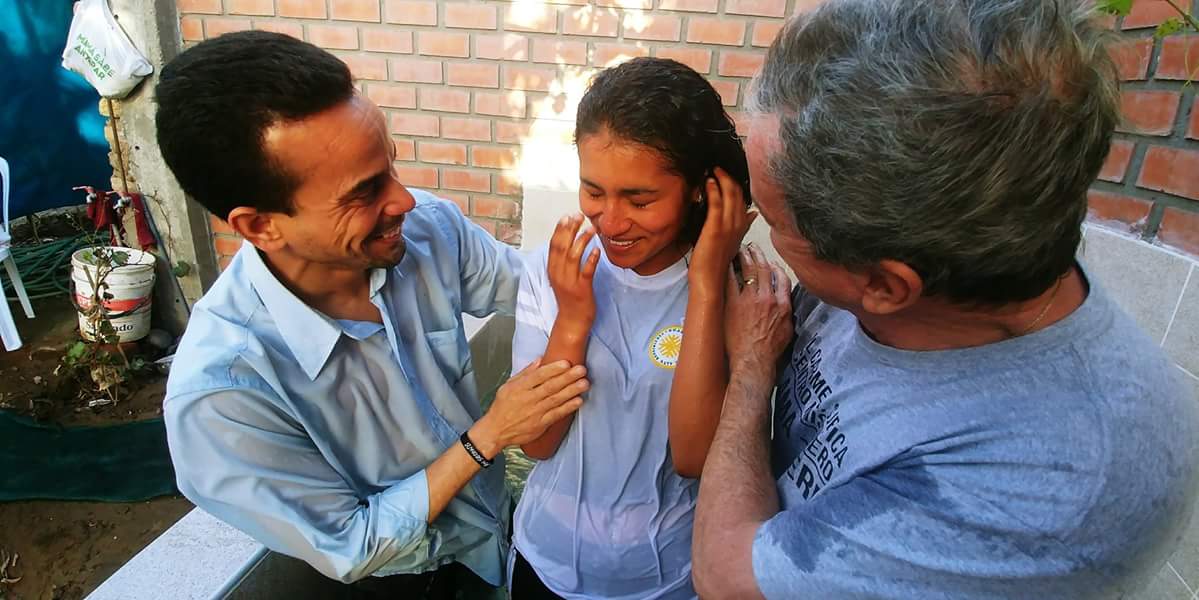 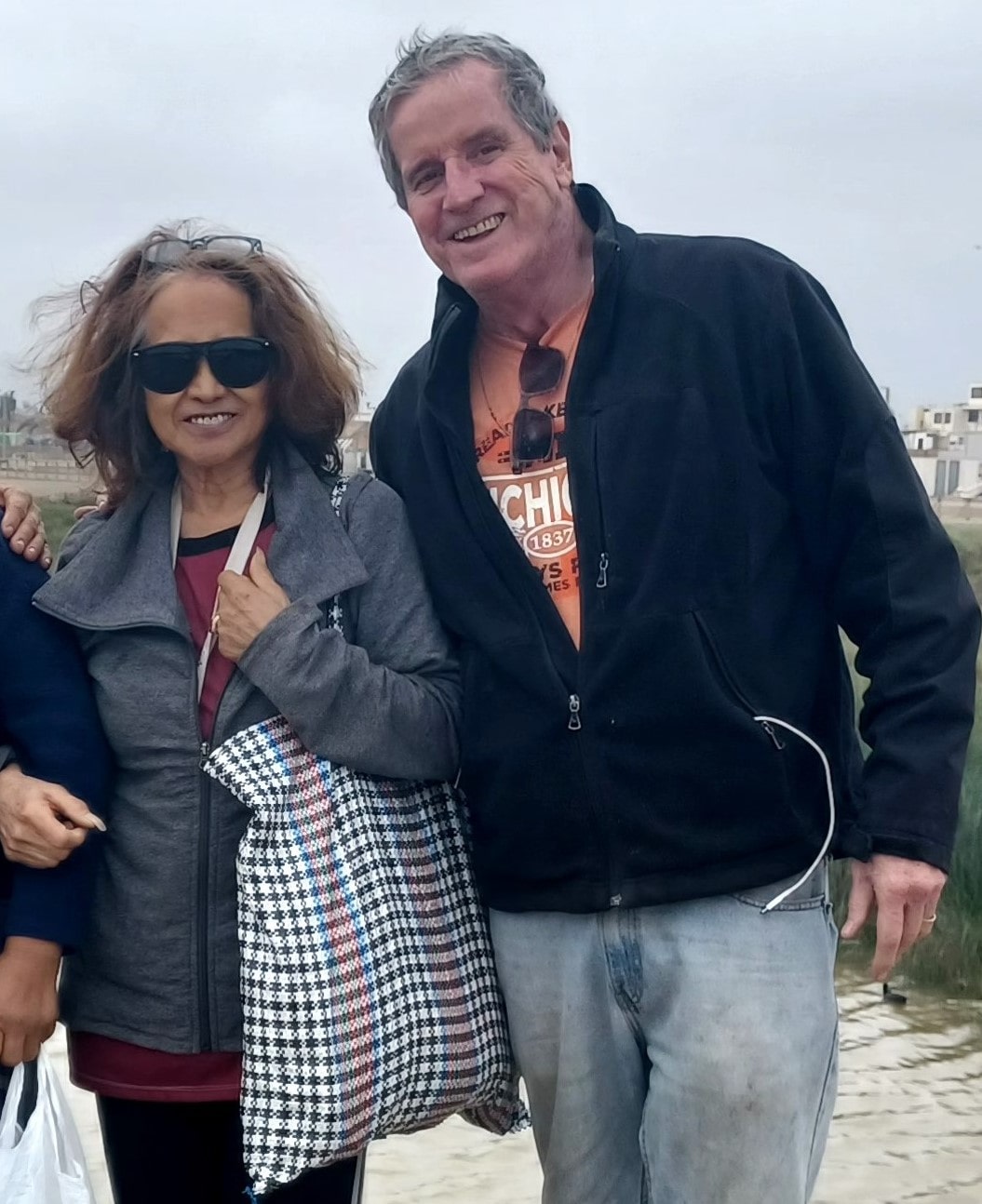 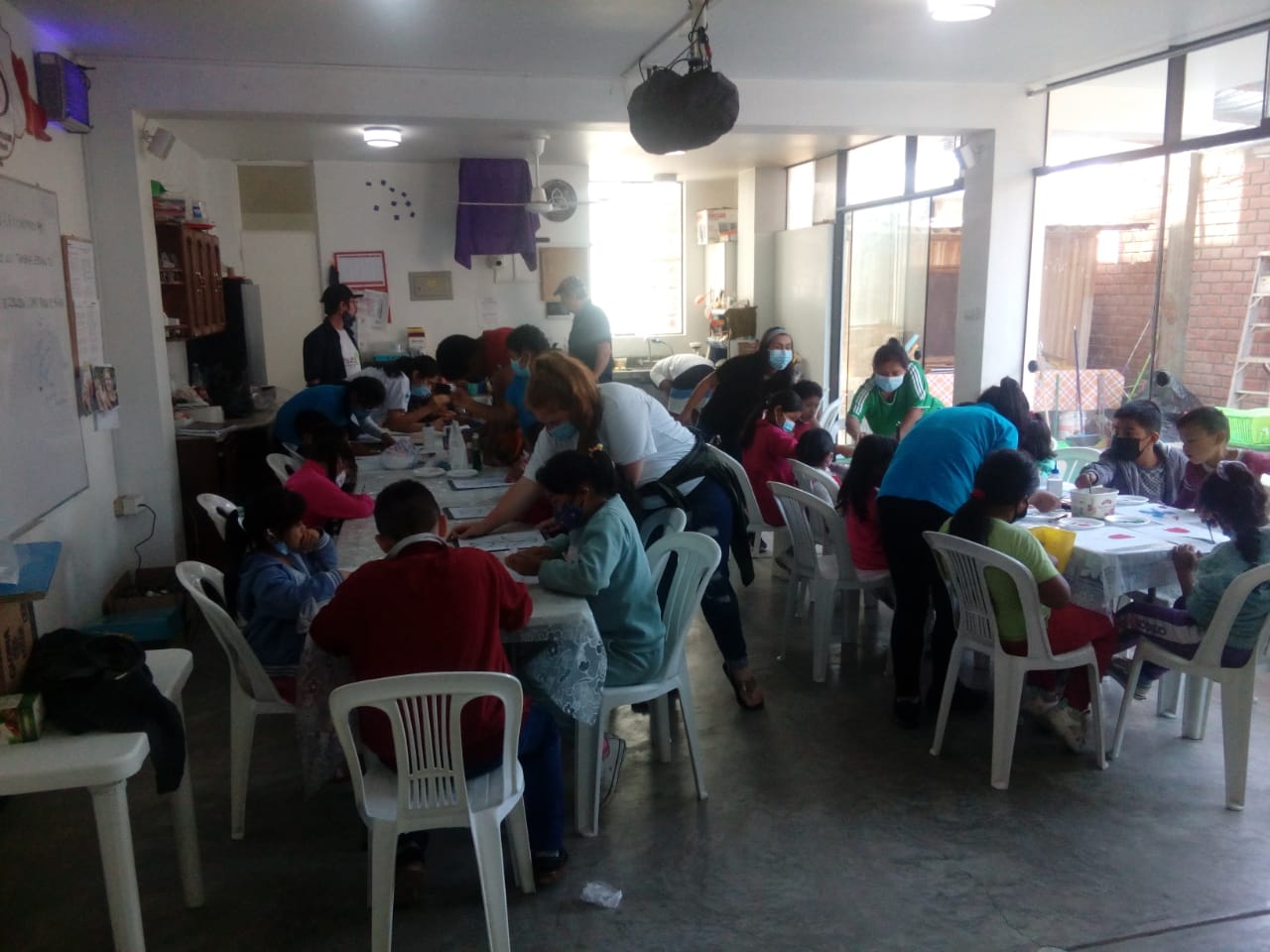 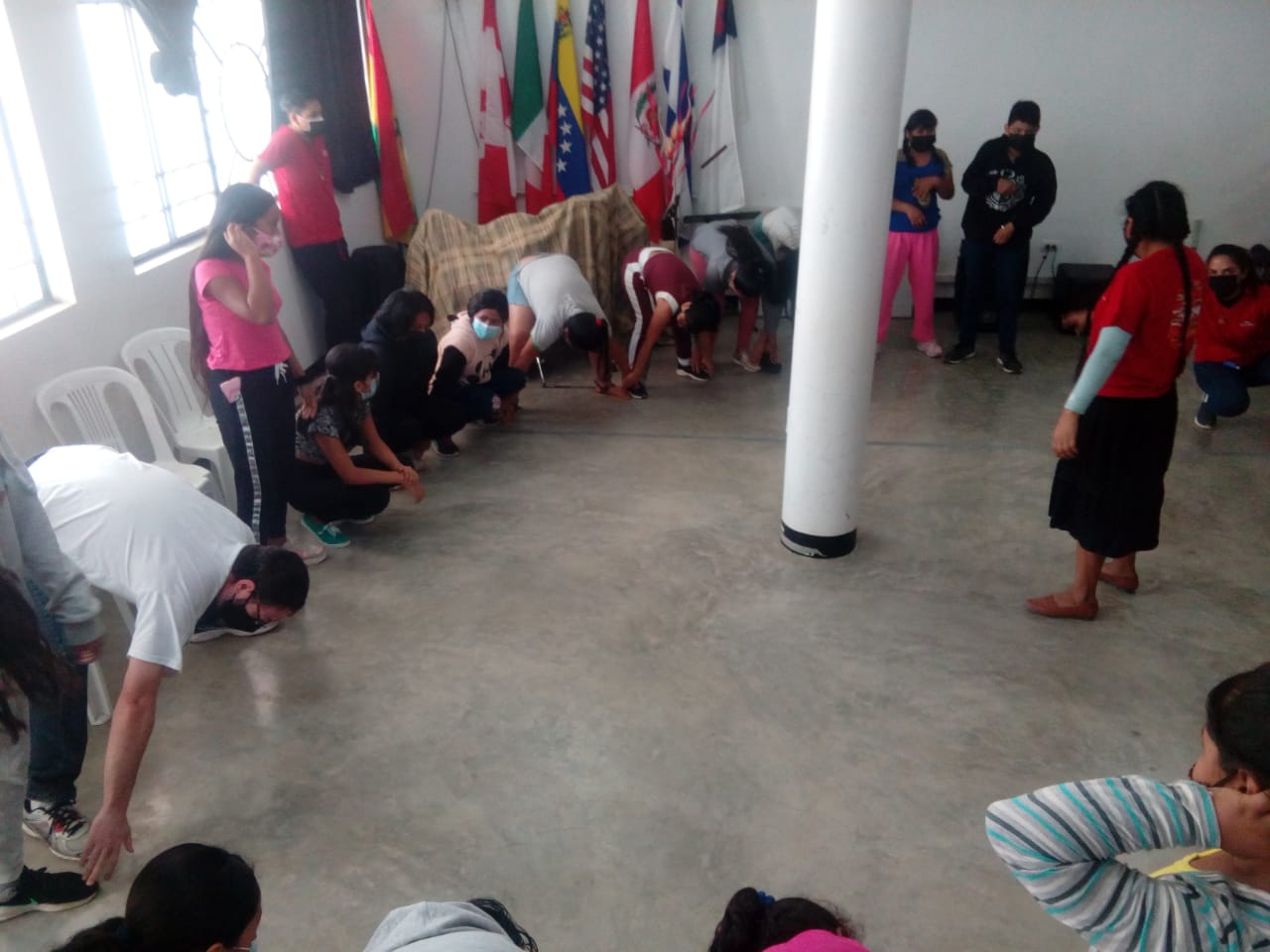 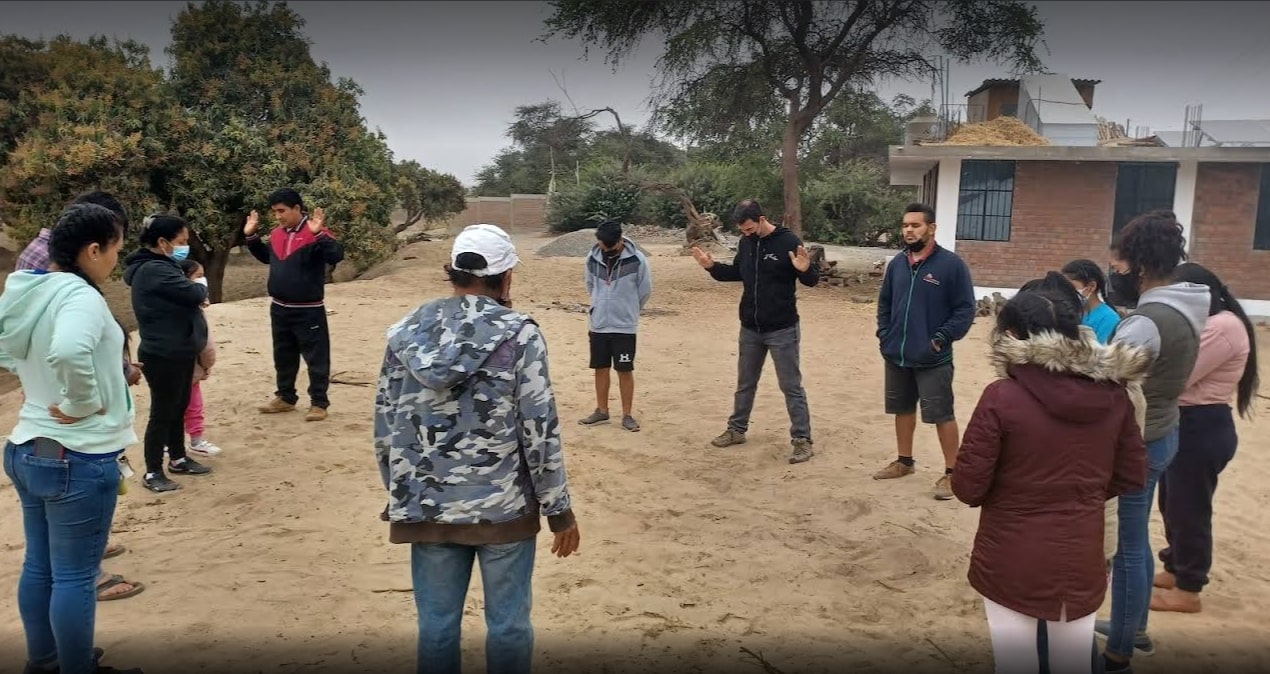 Ica is the capital of the Ica Region in souther Peru. Founded in 1563 by Spanish conquistador Geronimo Lui de Cabrera, it had previously been inhabited by indigenous peoples. The city suffered major damage and loss of life during the 2007 Peru earthquake.

The vast majority of Peru’s population identify as Catholic (81.3%), while 12.5% identify as Evangelical Christian. Amerindian religious traditions also play a major role in the beliefs of Peruvians. Catholic festivities like Corpus Christi or holy week and Christmas sometimes blend with Amerindian traditions which show the unification of the indigenous peoples’ impression with the Christian faith. Amerindian festivities which were celebrated since pre–Columbian times are also widespread throughout the nation. Inti Raymi, which is an old Inca festival, is still celebrated. The majority of towns, cities and villages have their own official cathedral or church and patron saint.

In 2009 we retired and created a charity called the Latin American Missions Association (LAMA) focused on helping the people of Peru, Lily’s home country, specifically because of a devastating 8.0 earthquake just a few years earlier. We received a donation of a well–placed parcel of land right in the center of town of one of the most severely earthquake’damaged villages north of Ica. We have gone down there annually (lately twice annually) with outreaches (taking eyeglasses, dental items, clothing, toys, sandals, Bibles, tracts, and more) to help the residents and have had many legal, engineering, and planning meetings on developing the property.

So much more to do, as we are just starting to get a teenage program underway, we have successfully reached out in a big way to the large village to our north (el Olivo) but we definitely need another full time missionary or couple to make this success sustaining. We desperately need a means of transportation as we are walking everywhere in support of 6 locations, need to be able to transport children to the mission for many activities, picking up and dropping off visiting missionaries, and more. We are halfway through raising funding toward raising $30,000 to acquire. The youth are turning into mission volunteers, as they become teenagers and love working and visiting at the mission. We have become the ‘place to be&squo for the youth when they are not at home. We promote activities, board games, movies on Friday, knitting, chess, music lessons, english teaching, homework assistance, internet for schoolwork, Samaritans Purse “Great Adventure” training, and far more. With earthquakes that brought us here, floods and more that keep us busy, evangelism is our number one goal. If you can’t come, help to send and support those that can. There is so much to do, so much need, and every bit of support is used most wisely. Our missionaries are supported by their local churches, some not as well as others. We all pay our own way as to travel, lodging and living expenses, so that 100% of all resources that are provided can go toward the needs of the villagers. God bless you for reading this, for forwarding to others, and for your prayers and support. “The harvest is plenty but the workers are few.”

To stay connected to William & Lily and receive their newsletter, click the link below.