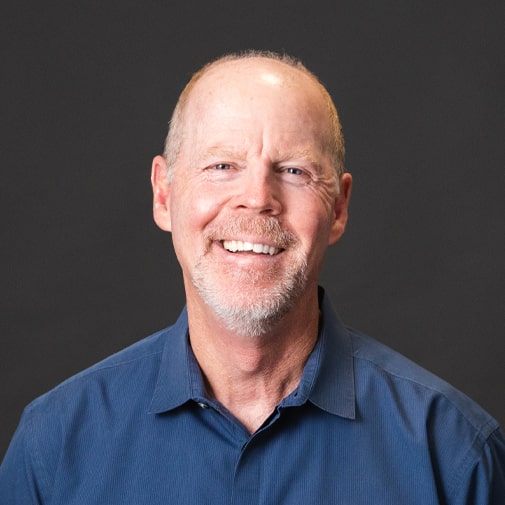 “Come unto me, all ye that labor and are heavy laden, and I will give you rest. Take my yoke upon you, and learn of me; for I am meek and lowly in heart: and ye shall find rest unto your souls. For my yoke is easy, and my burden is light.” (Matthew 11:28–30)

Chuck lived his early years in New York City and Northern New Jersey, and after stops in Oklahoma and Colorado he moved to San Diego in 1987. He committed his life to Jesus shortly after moving to California, thereby gaining “true rest,” and upon graduating from the Horizon School of Evangelism in 1990 began serving in a pastoral capacity. He pastored at Horizon North Clairemont from 1994 to 2013, at which time The Branch was formed. Currently he serves the body at Branch Church pastorally, and as an experienced resource for the leaders of the church.

Chuck and Greta were married in 1994 and enjoy their home and their dogs. Educationally, Chuck earned his Master’s of Divinity in 1994, Doctorate of Ministry in 1999, and Ph.D. in Islamic Studies in 2011. In 2013 he published a book entitled The Evolution of a Muslim Democrat: The Life of Malaysia’s Anwar Ibrahim.